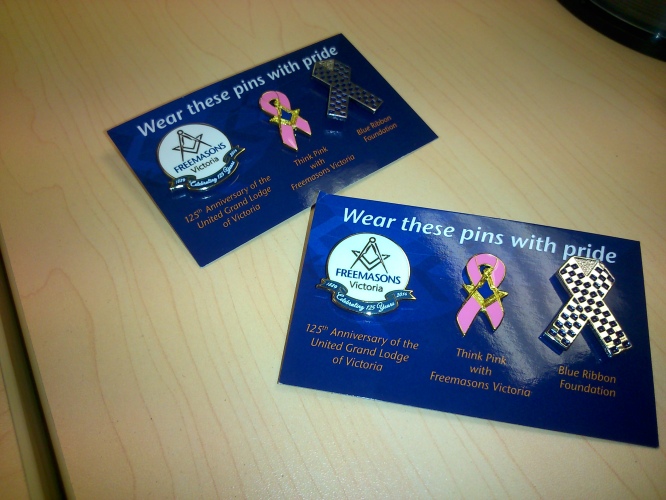 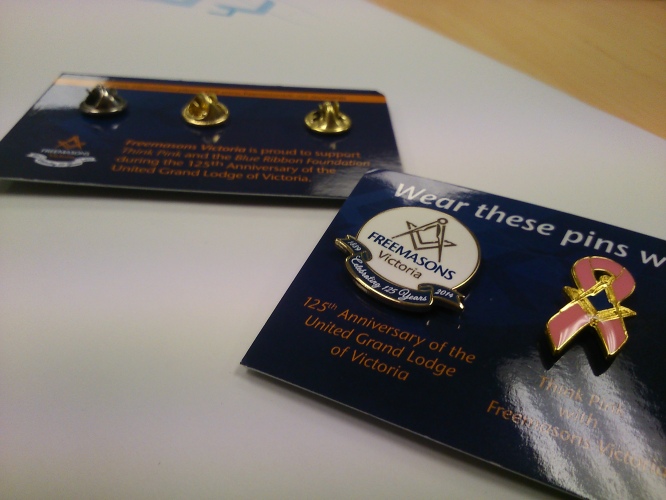 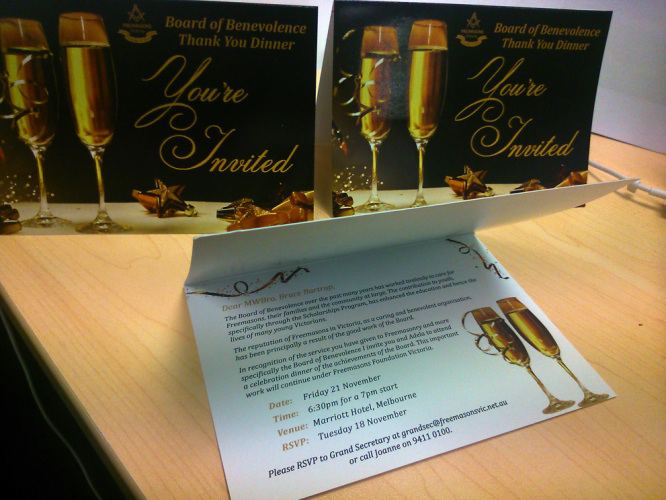 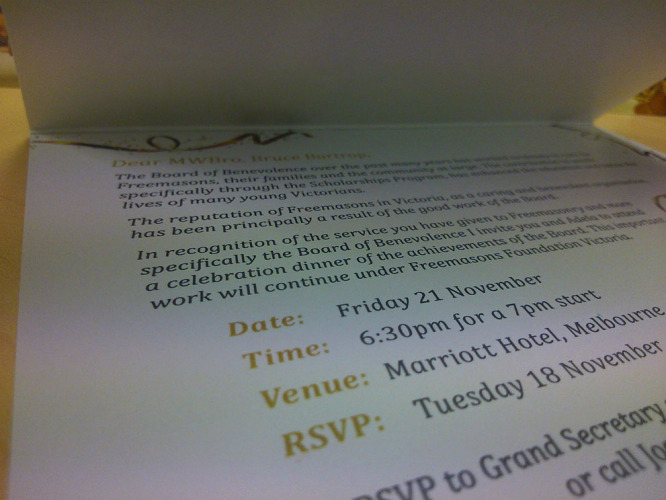 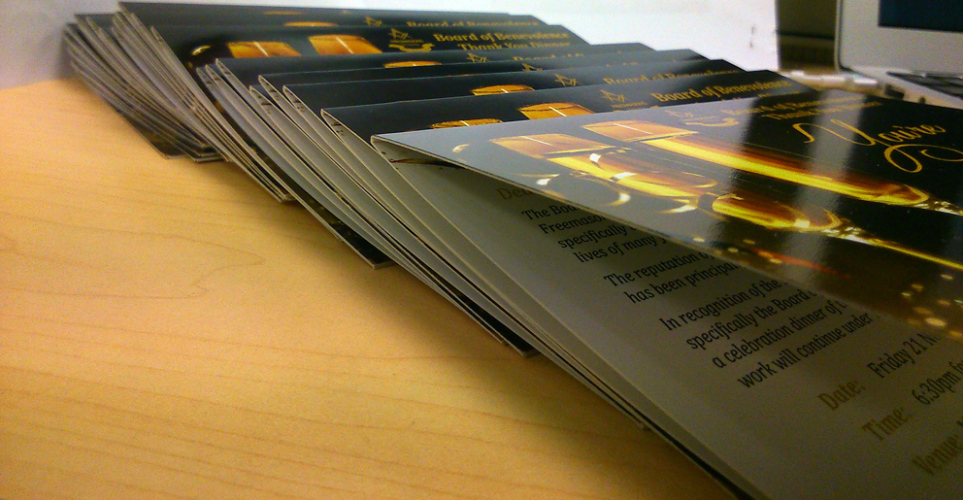 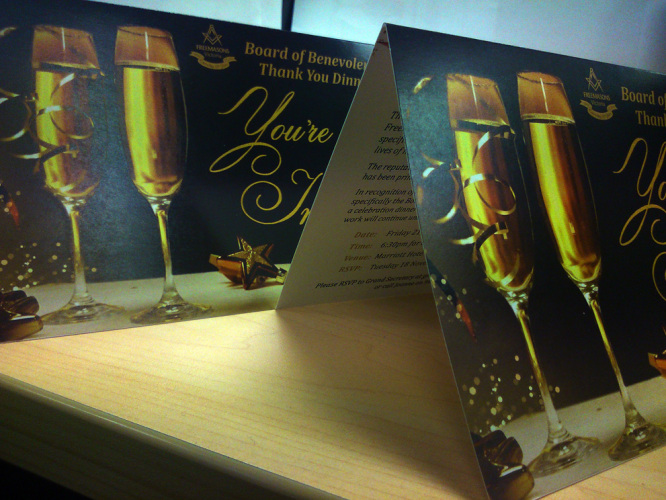 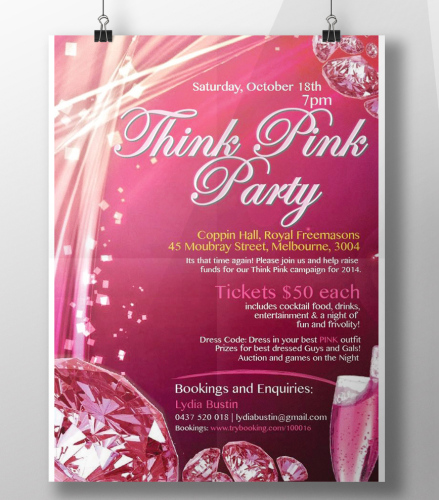 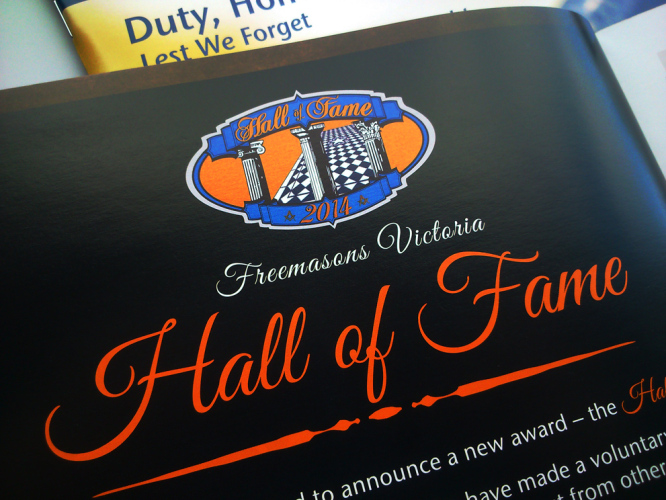 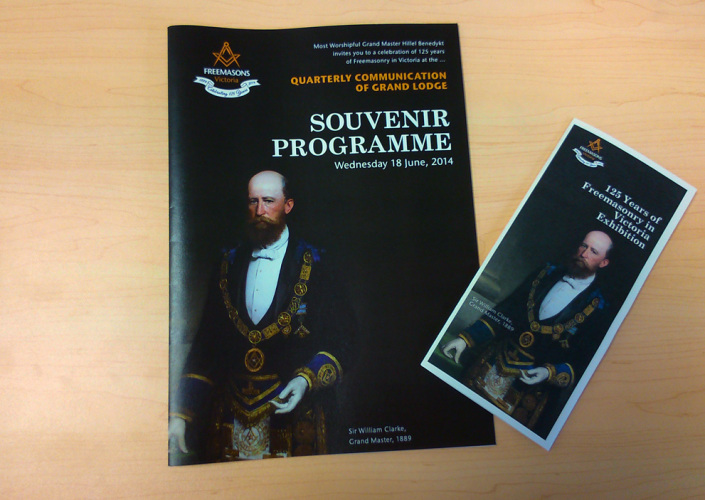 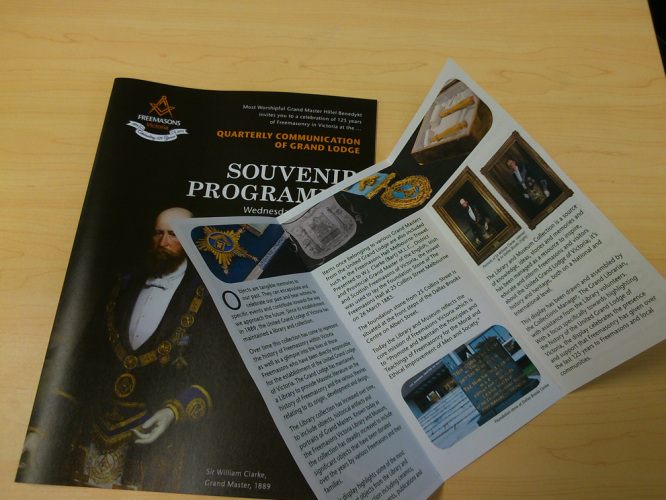 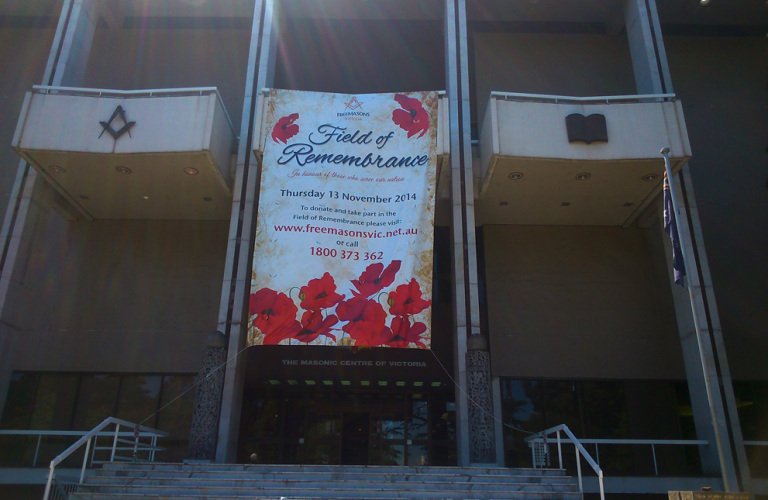 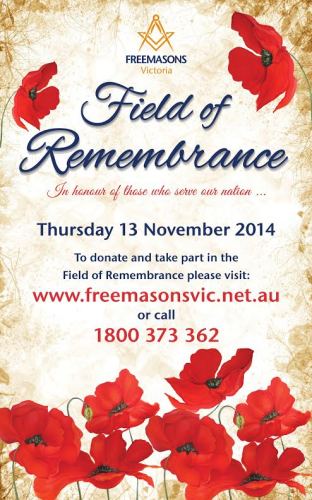 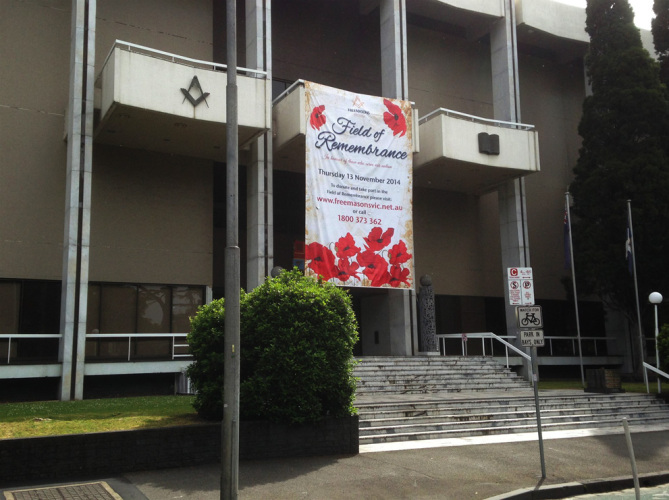 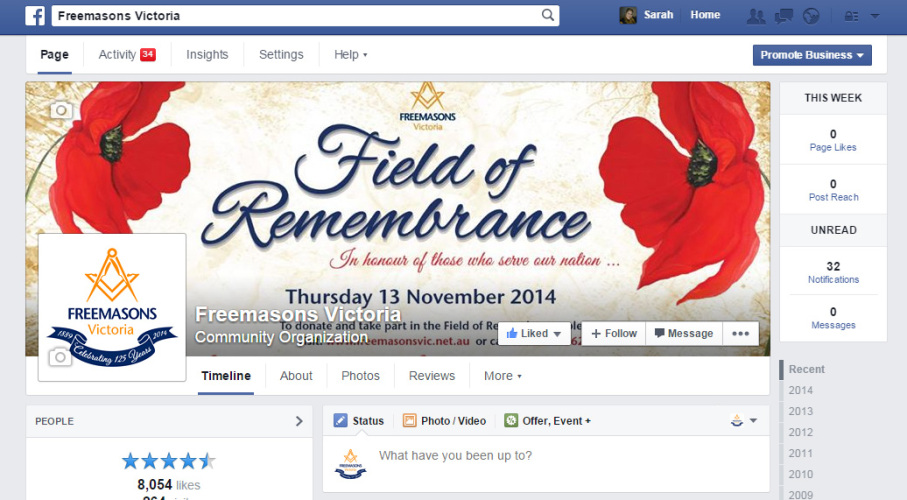 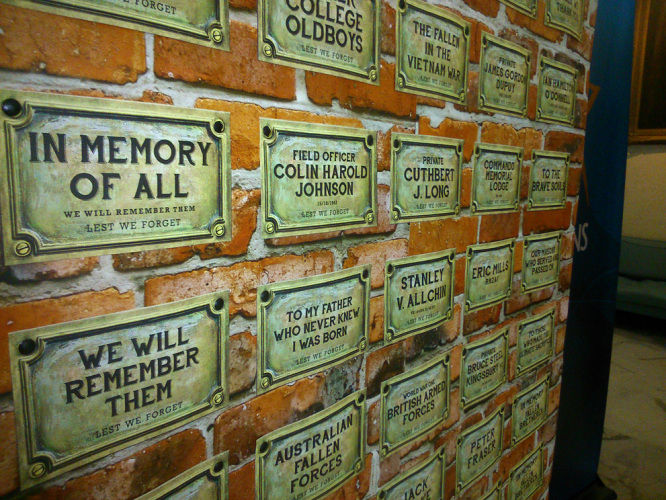 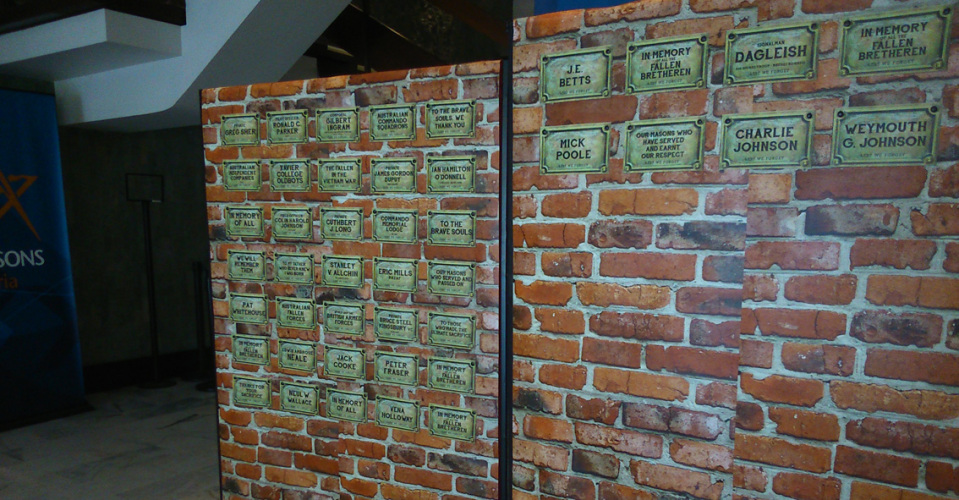 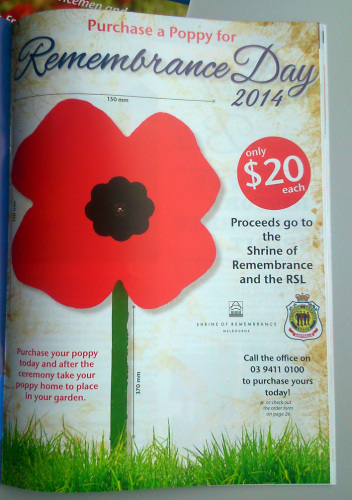 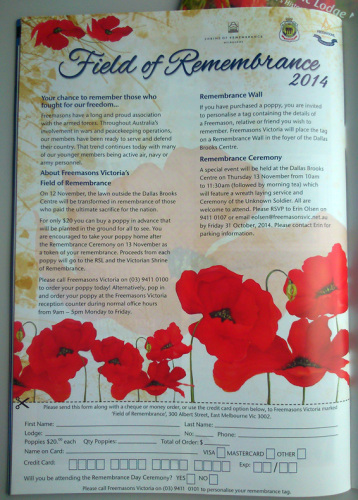 Throughout my employment with Freemasons Victoria I was responsible for designing various collateral for the organisation.

Pin Cards (“wear these pins with pride”)
These cards were designed to sell as a triple pin card to members in order to help two very important charities with whom Freemasons Victoria support; Blue Ribbon Foundation and Think Pink with Freemasons Victoria. It was also to help get out 125th pin merchandise sold, as it is a special year in Freemasonry, and as we come to the end of the year – it also helps us clear stock. I designed them as a business card sized card as they seemed to fit well within these constraints. I also thought this would be the most cost effective way in terms of printing, as I was able to get 1000 of them printed and delivered at minimal cost, with maximum quality and impact. The response to these cards were fantastic and we were able to achieve our initial aim and raise some great funds for the two mentioned charities.

Board of Benevolence Thank you Dinner
These were a rather quickly designed and output invitation on request from the Grand Secretary, as the Board was changing names and wanted to host a dinner to thank the valued members who have had a great input into the benevolence sector of FMV. There will also be a Dinner Menu to support the design on the night (pics to come when produced).

Think Pink Party
In October an event was held to raise funds for the Think Pink with Freemasons Victoria cause, I was requested to design a “very pink, pinker than pink” poster for the event to grab people’s attention and get the word out. I also created a Facebook banner which helped with marketing the event.

Hall of Fame
This year, being the 125th celebration of Freemasonry in Victoria, a Hall of Fame was initiated and is planned to have the recipients announced at a Gala Dinner in February 2015. I was tasked with designing a logo for this, which will also be struck as a jewel for the winners (photos to come, when they arrive!). I was able to design a logo that was reflective of the three pillars of freemasonry and used the checkered floor rug which is also another prominent part of Freemasonry.
Then I designed a poster for the marketing of the event and to get people to send in nominations, this was featured in our Freemasonry Victoria magazine, and in posters sent to each Lodge for marketing.

Souvenir Programme – Quarterly Communications [June 2014]
The June Quarterly was a prominent event in the 2014 Calendar, as such there were a number of important papers that needed to be included, and a roll call of Freemasons that have passed away. I was able to design this programme in line with the other marketing collateral, this was printed at Snap Printing and high praise was given for the final output.

Field of Remembrance 2014
Throughout the lead up to Remembrance Day 2014, FMV decided to do their Field of Poppies to commemorate the event. I created a suite of designs that all work together with a main fundamental design concept. Here you can see some of the works (a more comprehensive preview will be uploaded shortly). As part of the Field of Remembrance, I was required to design magazine adverts to announce what our intentions were, forms for people to order poppies, Facebook posts to gain awareness, an 5m x 8m banner which was displayed hanging from the building, A1 signs, service booklets and seating cards, just to name a few. I am proud of the banner design – and it was widely appreciated and remarked upon.
One more creation, was a remembrance wall, which I created plaques for to honour those who made the ultimate sacrifice.

Sarah Harris has been working full time as a Contracted Graphic Designer for Freemasons Victoria for six months now, and is still a valued member of our team. Working under the direction of myself, the Communications Manager, as well as other members of staff when the need arises. Sarah has taken on multiple (conceptual) creative responsibilities that have included magazine layout, layout of a large directory style publication, banner design, programs, product catalogues, electronic newsletters, wine labels, preparing videos for YouTube, social media marketing, invitations and flyers, posters, photo manipulation and retouching and electronic direct mail, and other ad hoc design needs as required.
Sarah has also contributed towards the planning and conceptualisation of projects, providing advice about scheduling and printing processes. She has been required to, at times, seek out and provide quotes for various printing mediums, some of which include; banners, wine labels, business cards and posters. Sarah is both capable of working with pre-conceived designs and branding as well as being able to develop new ideas and concepts. She is extremely open minded, friendly and retains a positive nature regardless of pending deadlines or pressures.

Sarah has been an incredible resource – she is reliable and responsible, and works over and above expectations – she will be an asset to any organisation.