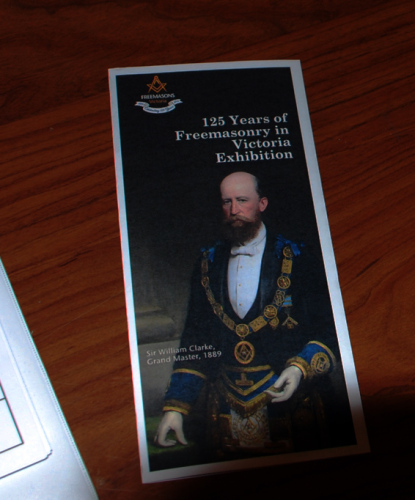 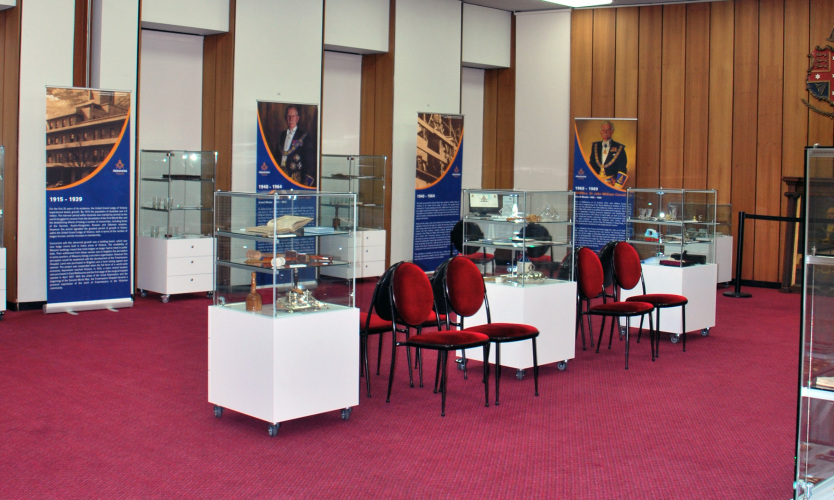 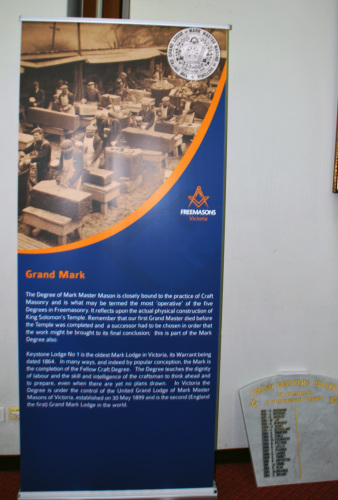 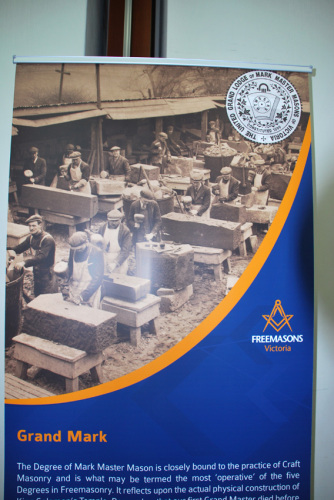 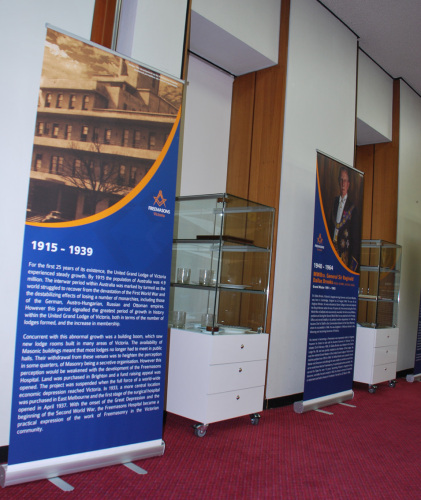 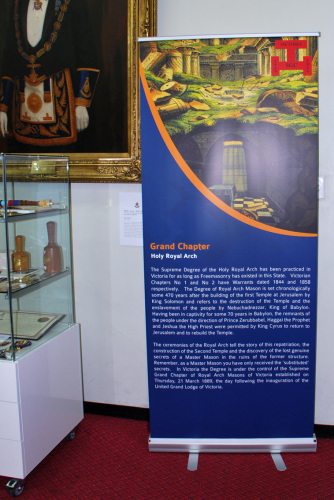 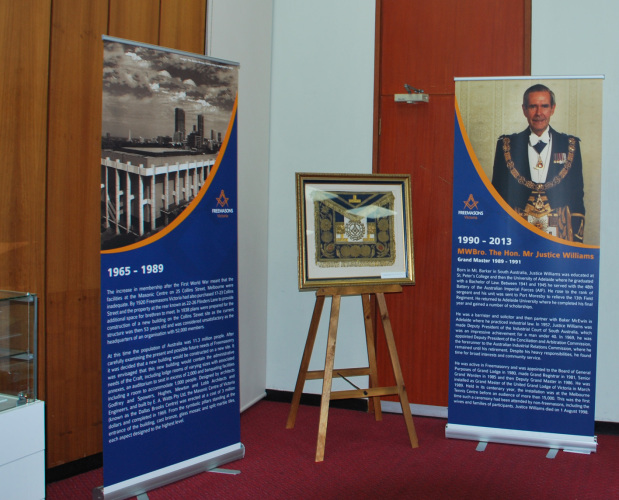 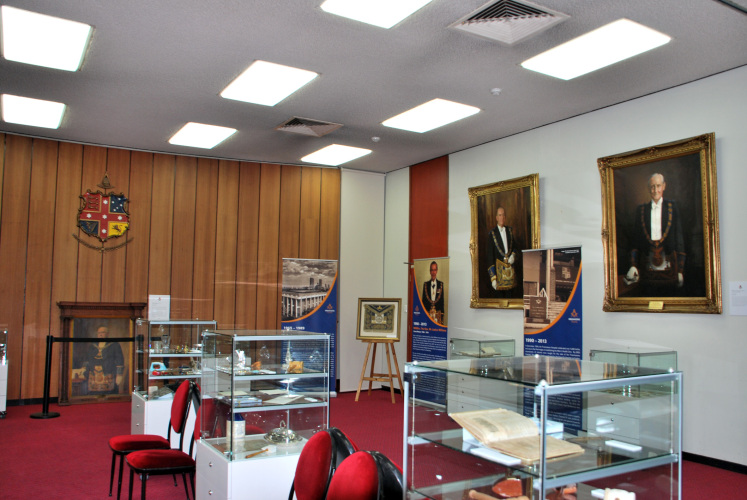 I worked with Freemasons Victoria as their in house Graphic Designer from May 2014 – February 2015. My very first project with them was to design a 15 panel pull up banner series that would compliment an exhibition of artifacts and historical pieces. It was to commemorate the June Quarterly Communications event that was to celebrate 125 years of Freemasonry in Victoria.

I was required to design a cohesive  set of banners and ensure that the quality was second to none. In designing the panels, I was required to source images and use high resolution scans to achieve the best possible quality in imagery. As there were also budget constraints, I was required to be as resourceful as possible without spending too much money on stock imagery. One image I did have to source from an image collection was the ‘Stonemasons working in Liverpool’, which was used on the Grand Mark panel. All images of the Grand Masters for the respective time periods were taken by a professional photographer, and then I was able to manipulate the files to achieve the best image quality for each Master. One of the Masters, Hillel, had a blue cloudy sky in his original background. I removed the background as the image was too different from the others in the set, and then went about using one of the other wallpapers from the other Masters to ensure the set would be cohesive. I then had to add details such as showing and atmospheric lighting to make the image seem as if that is exactly how it was photographed.