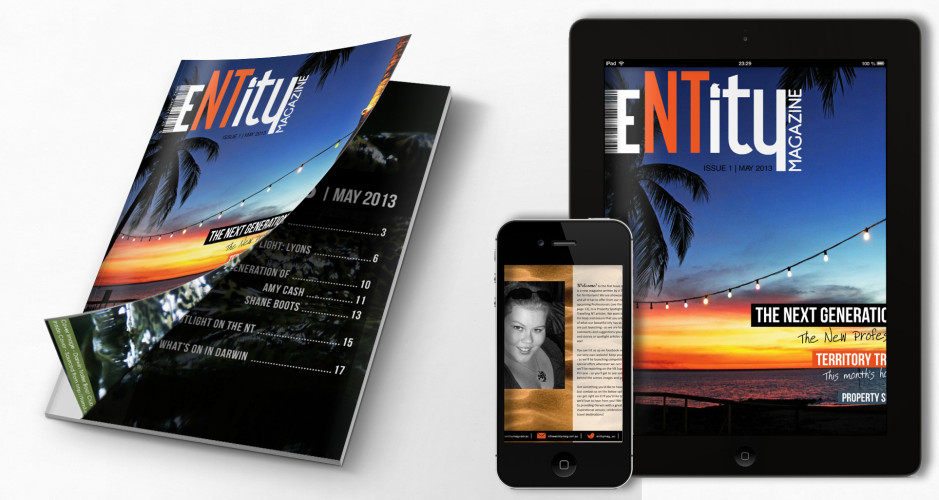 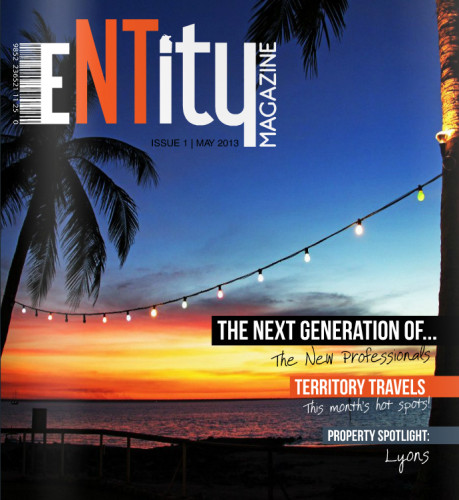 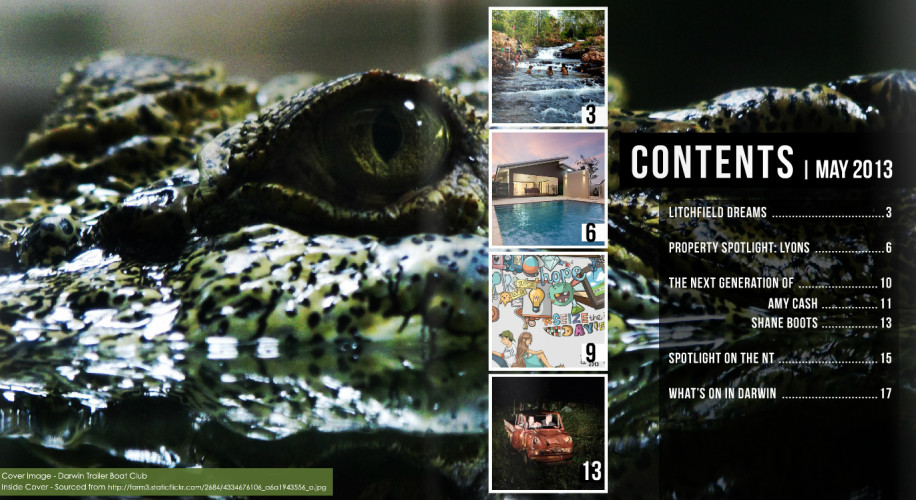 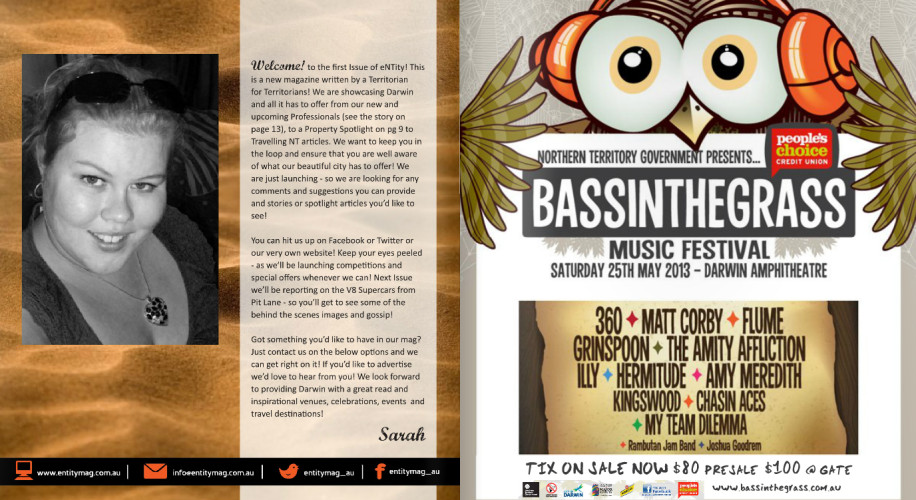 CREATIVE BRIEF
‘eNTity’ Magazine
This university project required me to design a magazine, in whatever theme or styling I wanted. I was living in Darwin at the time and I wanted to produce a magazine snippet of what I would create if I had the backing of some investors in Darwin. I wanted to showcase Darwin and appeal to a readership aged 18 – 40, as I felt that the available publications up there in this genre, appeal to a more mature reader. As well as appealing to younger readers, I wanted to showcase the beautiful landscape of Darwin and the many opportunities the city has to offer, to show that the capital of the Northern Territory isn’t just the stereotypical ‘hick’ town. I created the magazine with a fictional intention that this would be a snippet of publication I would present to a board of possible investors to see if I could get the backing to produce such a magazine. I wanted to showcase subjects such as the new generation of workers and the people my age who had left Darwin to get qualified and returned to make it home, to present some amazing landscapes and the natural beauties which lie within easy distance to the capital city, the housing boom. I wanted the magazine to show a little bit of everything that I myself, a 26 year old professionally qualified reader would be interested in seeing in a local magazine. In this example, I used existing adverts to feature throughout the magazine, again to showcase the overall advertising I would be seeking for the magazine. I had to change some of the designs slightly to e able to fit them into my magazine size.

BACKGROUND
‘eNTity’ was the creation of a play on words using the meaning of the word entity (individual, being, character, existence) and the fact that I could also use NT in the title as a standout feature. I wanted the magazine to showcase a range of topics and become a standout and individual publication. The masthead was a process in designing the word with the capitals, without making it seem out of place, and the inclusion of the barcode was again to provide an interesting and more individual approach to the design. I envisaged that each issue would feature a major article or interesting interviews with people that were appealing to the demographic of the magazine. Be it someone who was an accomplished young professional, or someone doing something different and unique; an up and coming artist, musician, comedian. So long as the content and the subject was engaging, the magazine would feature it.

TASK
To design and produce a new magazine in any theme or demographic, provide supporting documentation of your process and behind the scenes decision making processes.
Create an effective masthead with an interesting-ness about it.

PRODUCE
o Magazine – whatever size and type you like
o Printed & Bound copy of the magazine is to be submitted – saddle stitched and to a commercial quality
o Final Size: 210 mm x 230mm

You can check out the publication on my Issuu Reel