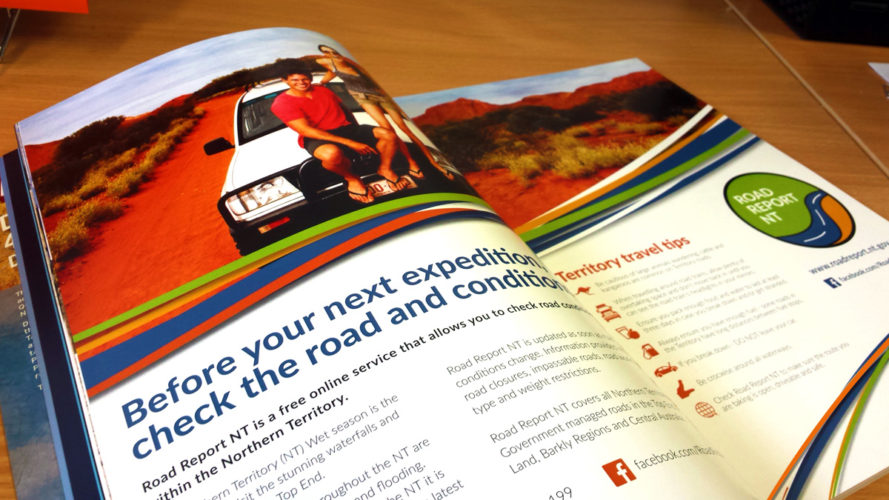 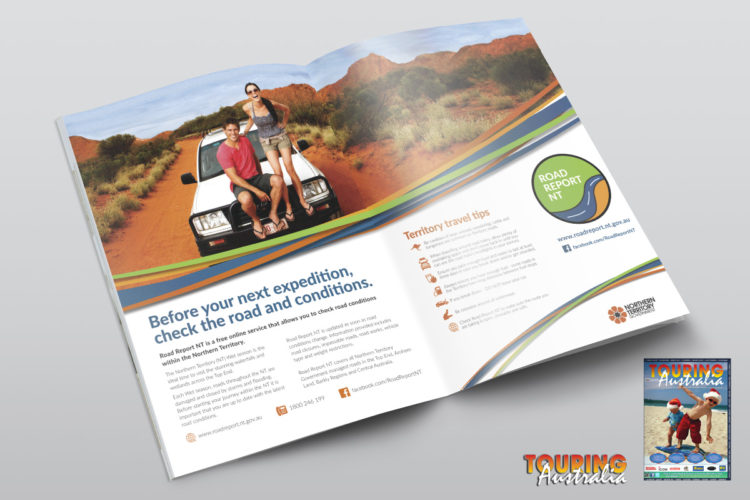 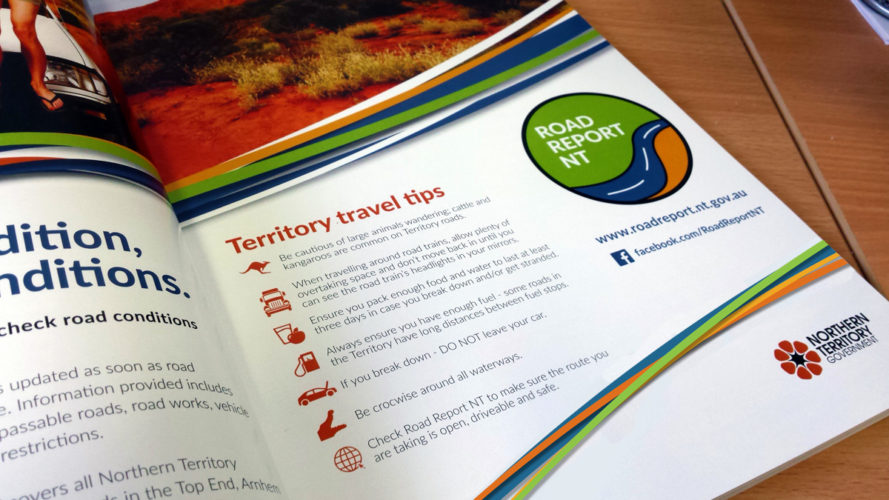 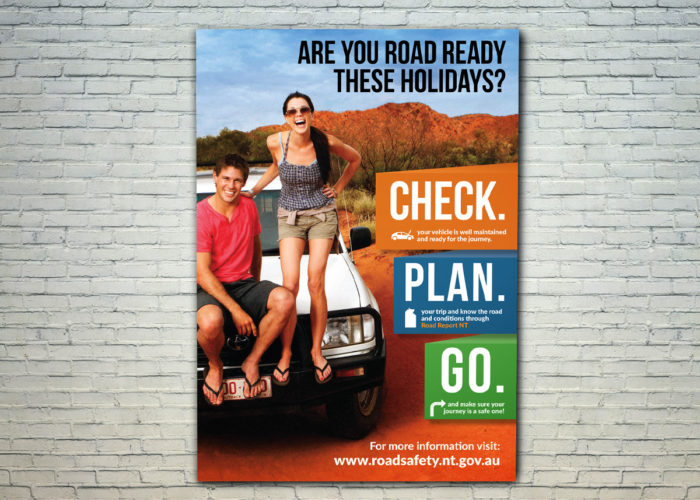 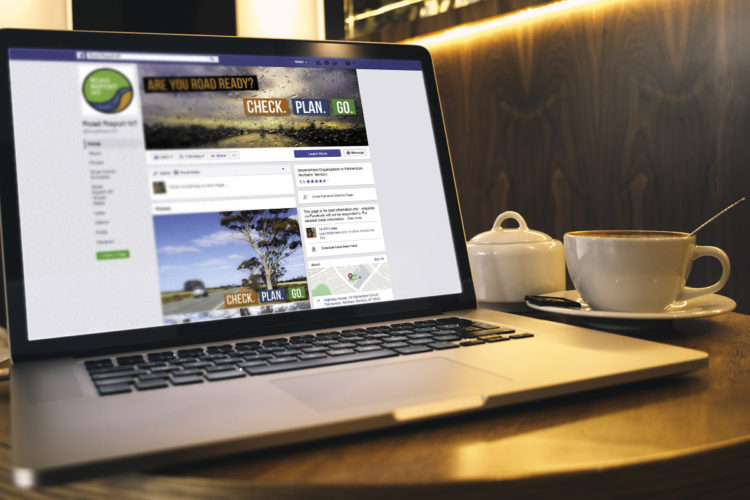 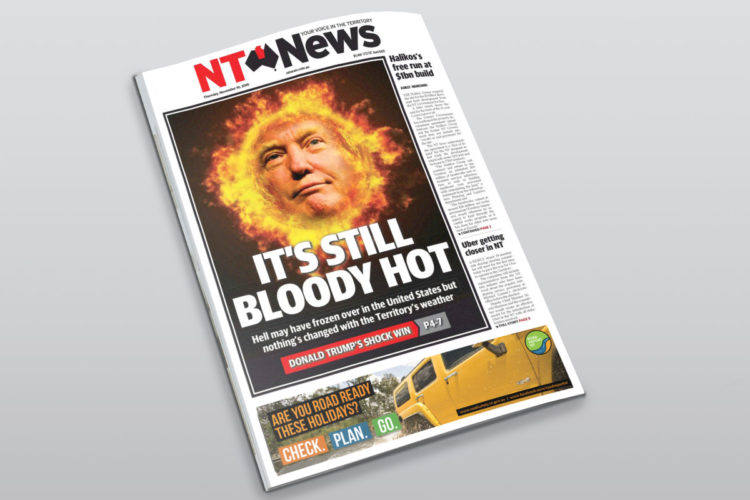 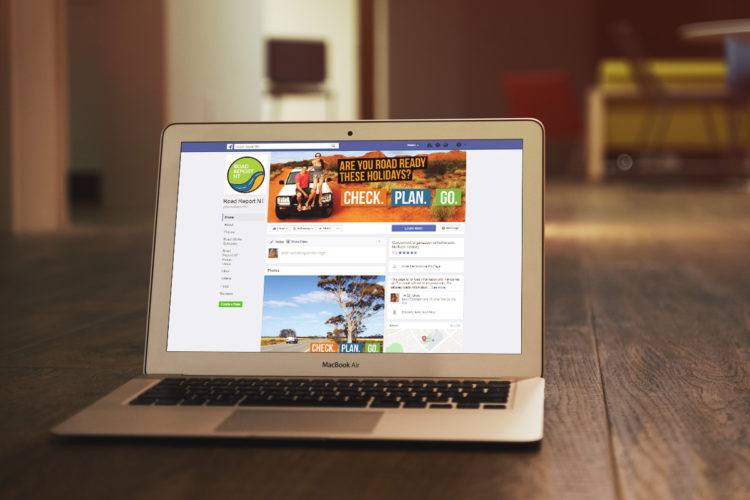 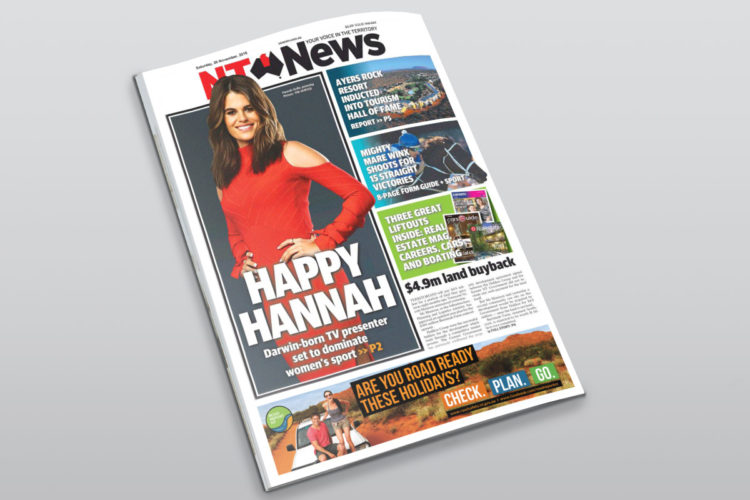 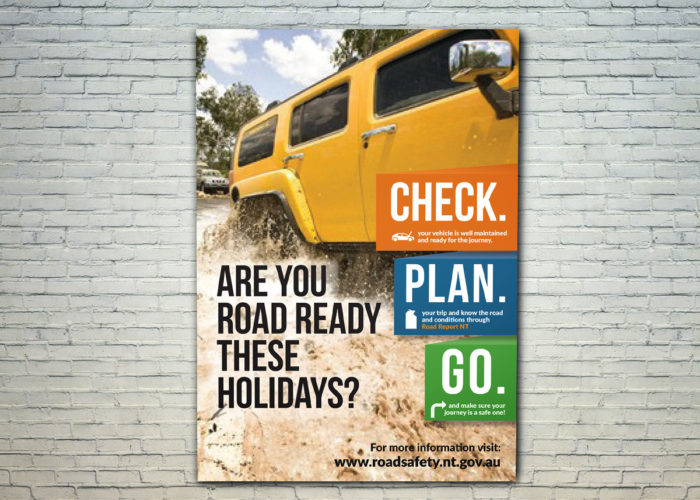 Whilst working for the NT Government I was part of the Communications team tasked with re-energising the ‘Know the Road’ campaign from the previous year. As the designer of the team I worked to bring together designs that would stand out to our target market – all road users. We were faced with a large target market of 16 to 80 years old and needed to ensure we captured them all. We had a request to place a magazine advert into the Touring Australia Magazine with only a 3 day lead time (including approvals!) in August – before we had even been given the project to re-invent the campaign. This was the initial design, however it was then decided (months later) that we would shorten the slogan and try to make it more social media savvy – short, sweet and punchy.

We also refreshed the logo for Road Report NT, combined with the magazine and affiliated designs and campaign we were creating awareness of the road reporting site to encourage people to check the road before they traveled.

Sarah is able to deliver a professional product even when provided very little initial guidance on the design brief, and has a strong ability to devise and interpret key messages to help achieve positive communications outcomes. Sarah has a rare skill set in that she not only has a very good eye for contemporary design and ability to effectively interpret branding guidelines to deliver high quality collateral, she also has strong writing skills and broader communications nous which equips her with the ability to manage the communications process from concept through to delivery. Sarah has a strong creative skill set that enables her to bring to fruition the vision that project managers and executive management have desired to communicate about policies and initiatives.